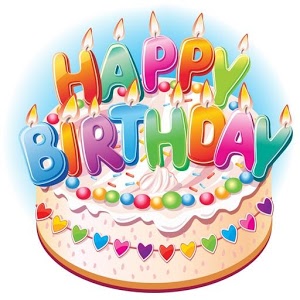 Today FVS turns 12 years old. Let’s just let that sink in for a moment. That’s 12 years of changing technologies and new innovations. Over the years we’ve helped hundreds of thousands of people get online, and we’ve also been around to see how things have inevitably changed in the world of technology.

To celebrate our 12 year anniversary, here are 7 of the biggest changes in technology since we started Free Virtual Servers in 2003:

1. The birth of social media

This one deserves a whole post to itself. 12 years ago it was only a bird who tweeted, hashtags didn’t exist and we didn’t know our fans from our likes. Today social media has exploded in a way we could have never imagined, changing the digital landscape forever. We had the (now defunct) players, such as MySpace and Bebo, but the arrival of Facebook in 2004 changed the game completely. No longer was social media something for the technologically oriented, now it was for everyone. A raft of contenders soon followed from Twitter and Instagram to Snapchat and Linkedin. We now curate our lives, carefully sharing photos and updates to portray a specific persona online. It’s become the norm to keep in touch online by ‘liking’ a friend’s status and photos. The advent of social media has had a huge impact on businesses, who have flocked to the social scene in an attempt to connect and engage with their potential customers.

Remember the dial up tone you heard every time you connected to the internet and the frustratingly slow dial-up speeds? In 2003 the majority of businesses could only connect to the internet via dial-up. ISDN lines were an option, but these were incredibly expensive. Easily overlooked but incredibly vital, fibre optic internet wasn’t widely available in 2003, meaning internet speeds were painfully slow for both uploading and downloading. Broadband speeds came eventually, meaning we didn’t have to perform the daily ritual of connecting to the internet through a series of beeps and clicks. With the dawn of fibre optic broadband, the internet is now super-fast, meaning websites can be more complex and can include elements such as videos.

Do you remember life before smartphones? You could choose from a slide, flip or candy bar phone and Nokia’s reigned supreme. The USP’s were the ringtones it came preloaded with, and file sharing was done via holding phones together using Bluetooth. The iPhone was released in 2007, and whilst it did not invent the smartphone arena, it did influence it hugely. Android soon followed and the game changed entirely. With the advent of 3G networks and faster wifi, people were soon using their smartphones for tasks they’d previously used their PC’s or laptops for. Websites had to become ‘mobile friendly’ or risk losing customers. Now, 52% of people browse the web on a mobile device.  When we started, mobile phones were for calling and texting, with internet connectivity available through the ‘WAP’ gateway, which was painfully slow and cumbersome. Now, our phones are powerful communication devices, nestled safely in our pockets.

Once derided as an unnecessary luxury, tablets have chipped away at the PC and laptop market share. The iPad showed that there was indeed a middle device between the smartphone and laptop. People had been consuming more content and media with the advent of smartphones, and tablets made this easier than ever. Back in 2003, tablets did exist, but they were very much ‘point and prod’. The fluidity of pinching, swiping and flicking that we take for granted every single day wasn’t introduced until much later.

Apps changed the digital landscape entirely. In 2003, apps were known as the programmes on our computers. They were bits of software we installed and used when needed. Fast forward to today and apps are now a huge market, worth over £17 billion. People are using apps instead of internet browsers for tasks ranging from shopping, dating and watching movies to chatting with friends, playing games and getting directions. Nowadays, we don’t think twice when we download an app to carry out a task. It’s worth reminding ourselves though, that a platform of this magnitude is still pretty new – it took a host of factors for it to thrive, but it looks like it’s here to stay.

We all happily talk to our phones nowadays, but in 2003 that type of behaviour was only found in sci-fi movies. Whilst we may not have cracked fully-fledged artificial intelligence, personal assistants like ‘Google Now, Siri and machine learning algorithms are growing at an exponential rate. In 2003, voice to text was considered pretty cool, even though it was only semi-accurate. Having a tiny phone understand your message, transcribe it as you speak, send the request to servers, retrieve an answer and present it to you in under 5 seconds is a pretty remarkable development.

And lastly, streaming is another leap in technology we just didn’t have back in 2001. Sure, we could pop online and stream a video, but it was slow, frustrating and hard to find decent quality videos. Enter YouTube in 2004 – the world’s biggest video streaming website which was subsequently acquired by Google itself. We all stream videos, whether that’s from YouTube, Vine, Snapchat or Netflix, and can only do so because internet speeds and the power of devices has grown to a point it’s seamless.

We’ve come a very long way since 2003, and would like to thank all our amazing who have stayed with us through our journey so far, as well as the ones who have joined us along the way. Here’s to the next 12 years!